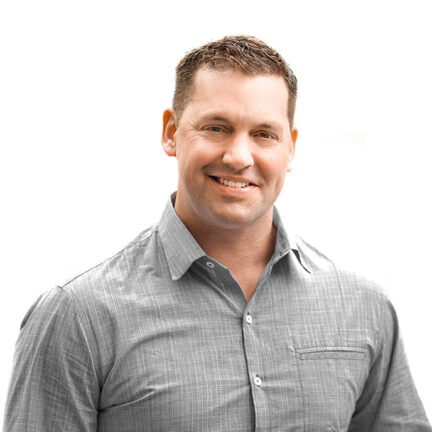 Growing up on a farm in Wisconsin and having Grandparents who founded a real-estate company, Tayt was taught the importance of rolling up his sleeves and working hard to make his own way. In his formative years, Tayt naturally gravitated towards leadership roles, both in athletics and academics, and he proudly won the Wisconsin State Entrepreneur Competition in the DECA business organization which further helped direct his education and career aspirations.

Tayt graduated from the University of Wisconsin Eau Claire where he attended one of the first entrepreneur schools in the country. His Entrepreneur and Business Administration degrees helped fuel his passion for entrepreneurship, operations and leadership where he went on to lead in ever-increasing operational roles for Kraft Foods, M&M Mars, Target, Amazon & PureCycle Technologies, along with founding a high-end audio-video company in California over his 20+ year career.

Throughout his professional career, Tayt motivated every team he led to generate record-setting operational performances through his highly-engaging, visionary leadership style along with his radical candor and overall risk-taking instincts. As an example of his leadership style, one of his teams shattered a 20-year-old production record at M&M Mars and he brought in a 145-person marching band onto the production floor to celebrate. These types of moments are not unique to Tayt as he believes “how you make people feel” is paramount to any successful culture. Prior to joining Wasson Enterprise, Tayt led a team of over 5,000 associates virtually, with more than 400 leaders for Amazon’s customer service organization where they ranked as the highest engaged team at Amazon globally, all while achieving the lowest cost in the history of the virtual team.

As VP of Partner Operations for Wasson Enterprise (WE), Tayt is integral in supporting WE’s portfolio of companies. Most recently, Tayt spent the last three years building PureCycle Technologies operations from the ground up to prove and scale a first of a kind, disruptive plastic recycling technology invented and licensed from Procter & Gamble as its Chief Operating Officer. In July of 2019 the team validated the technology at greater than 2400x lab-scale and was awarded one of TIME Magazine’s Best Inventions of 2019. Tayt helped PureCycle realize an increased value of 7.5X in 2.5 years with the demand for the first plant’s product far exceeding supply. Additionally, Tayt developed and fostered relationships with Procter & Gamble, Aptar, Milliken, Nestle, Total, and L’Oreal.