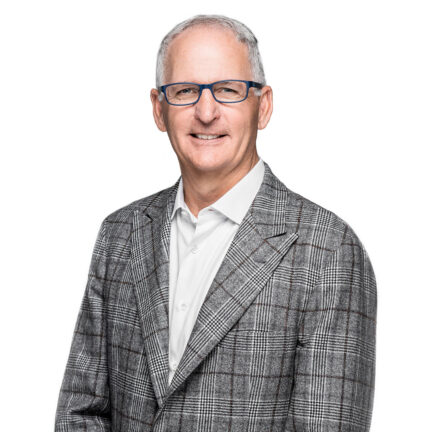 Greg Wasson founded Wasson Enterprise, a family office that partners to build sustainable, high-growth businesses that do well by doing good. Wasson Enterprise brings a wealth of knowledge, including leadership, operations and governance experience to those WE supports. Additionally, Greg is a Co-Founder of CoolerScreens, Co-Founder and Director of Golden Fleece Beverages Inc., Co-Founder of Innventure, and Executive Chairman of iA.

As the former President and CEO of Walgreens, Greg led this Fortune 35 company to record fiscal 2014 sales of $76.4 billion. He is credited with creating significant financial and shareholder value, initiating and completing game-changing mergers and acquisitions, leading complex organizational and structural change, assembling a diverse and high-performance senior leadership team, and establishing Walgreens’ position as an industry leader. Before retiring from Walgreens, Greg had transformed an iconic 114-year-old domestic company into the first global pharmacy-led, health, well-being, and beauty enterprise via the successful merger with European-based Alliance Boots to create Walgreens Boots Alliance.

Greg began his career as a pharmacy services intern in the Walgreens corporate offices—an opportunity that led to his being hired by Walgreens upon graduation. Greg then spent many years in store operations, leading and opening new markets around the country. Greg also had the opportunity to run Walgreens Health Services which gave him a keen insight to the health care services side of the Walgreens business. This role eventually led to Greg becoming the COO of Walgreens. Greg was with Walgreens for 35 years, retiring as the President and CEO of Walgreens Boots Alliance. He received his BS in pharmacy in 1981 from Purdue University and is a registered pharmacist.